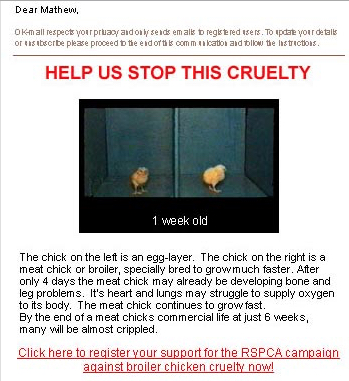 We were working with the RSPCA, developing online campaigning for the first time and two of their most active campaigns were about free-range hens and broiler chickens (chickens raised for meat).

On the internet, ‘a viral’ has come to mean video, but in the early 2000’s, most peoples’ computers were slow and video was not a practical option.

We interpreted ‘a viral’ as a peer-to-peer communication, in other words anything that someone passed on to a friend. A cause like campaigning against animal cruelty was the perfect subject – people who feels strongly about animal cruelty are often keen to do something about it.

This little gif was small enough to send by email and we were all taken by surprise when it ‘went viral’. The RSPCA ended up with (unexpected) thousands of signatures on a petition about broiler hens which changed their whole approach to public campaigning. 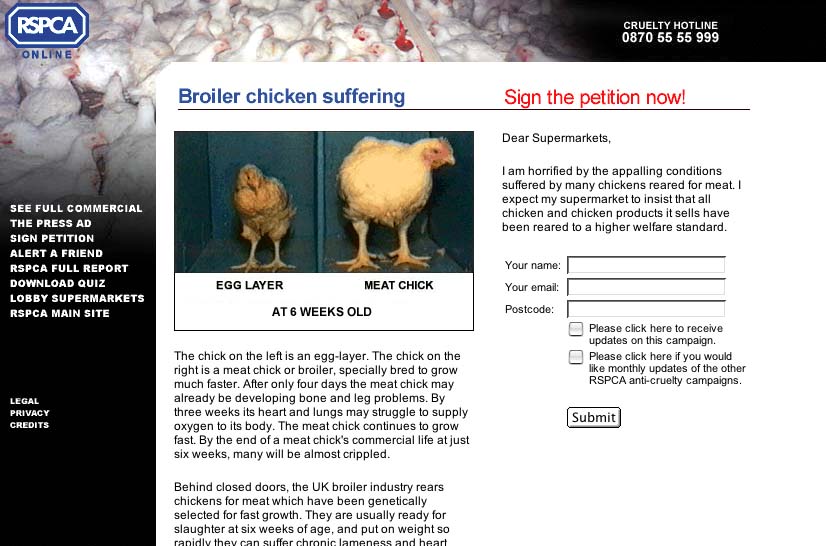 An ‘interactive’ excel quiz was full of surprising and usually shocking facts about chickens bred for meat. This quiz was sent around like wildfire – a very early viral. 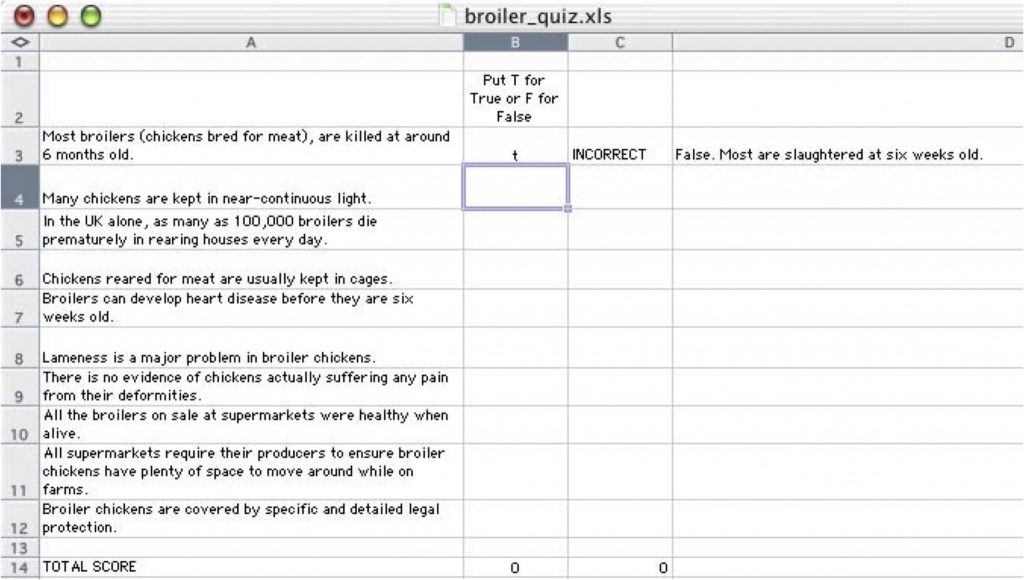 It took a while, but we found a way of allowing supporters to add their name to a petition directly from a pop-up  (years before ad-blockers).

While MP’s are concerned about their constituents, supermarkets are most sensitive to their customers attitudes. This ‘coupon’ was simply a downloadable doc for supporters to print out, cut out and take to their supermarket where they were encouraged to hand them to the cashier. We had no way of measuring how many had been ‘used’, but were very pleased when the RSPCA received complaints from supermarkets and agreed to ask us to take them down. 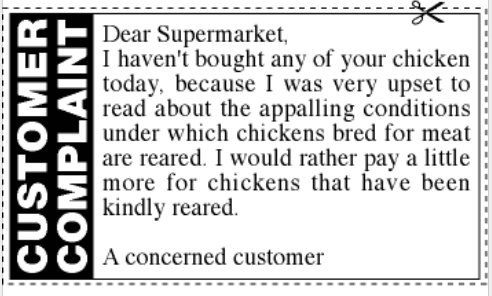 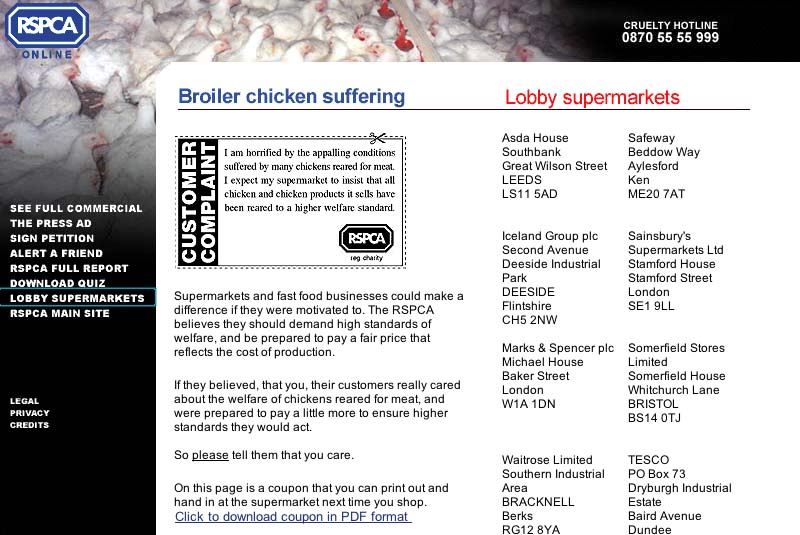 This campaign won an effectiveness award in 2004.