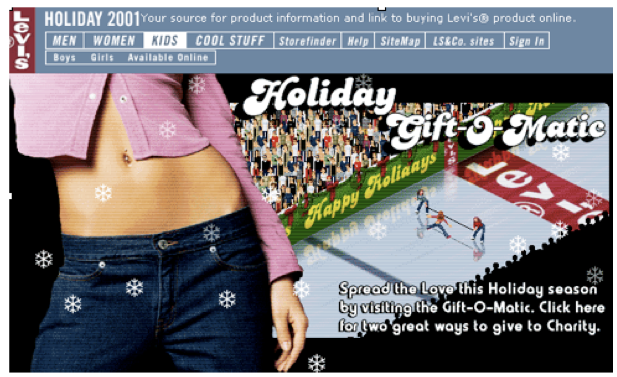 Play to donate was the idea for a Christmas campaign for Levis.com. They were launching a new range of  ‘Superlow’ jeans at the time, so we developed a little game specially for it called “limbo-on-ice”. Limbo to reflect the low-slung style of the jeans, and it was set on ice as it was winter.

The mechanism was the higher your score, the more Levi’s® gave to charity on your behalf. It was hugely successful.

There were several components to the campaign, apart from designing and building the game there was a section on the main levis.com website, and a banner campaign. 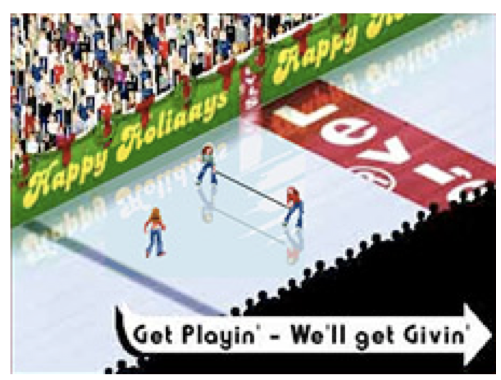